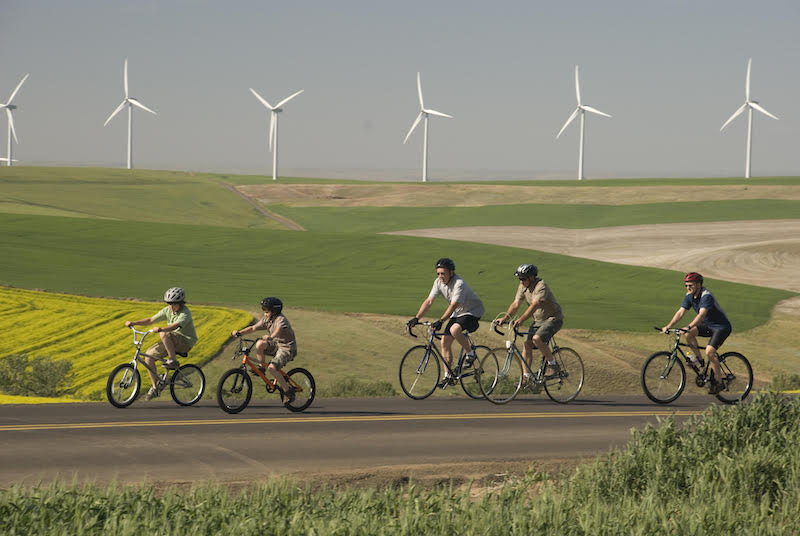 A trail connecting the rural communities of Dayton and Waitsburg has long been a dream.  The Port of Columbia has been working diligently to make that dream a reality since it was first identified as a priority at Columbia County’s 2015 Comprehensive Economic Development Strategy meeting.  The 9.7 mile trail is included in the Blue Mountain Region Trails plan.  A concept plan has been developed for the trail, and design and engineering started in January 2020, as mentioned more in depth below. Construction on the trail likely won’t begin until 2023 at the earliest, dependent on construction funds, maintenance plans, and engineering considerations.

The Port has received grants from the National Park Service and WSDOT that will aid in the design of the trail.  The project will be led by a steering committee who will engage in public outreach to ensure the final trail meets our community needs.

Please contact Jennie at 509-382-2577 or at jennie@portofcolumbia.org with questions. For a list of the Touchet Valley Trail Steering Committee members, look no further than the list of people to the side of this paragraph. 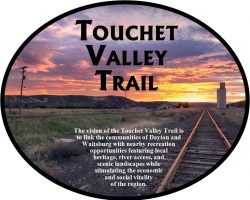 “The conceptual plan is intended to help shape the design as it progresses and provide a visual
representation of the ideas generated thus far.” 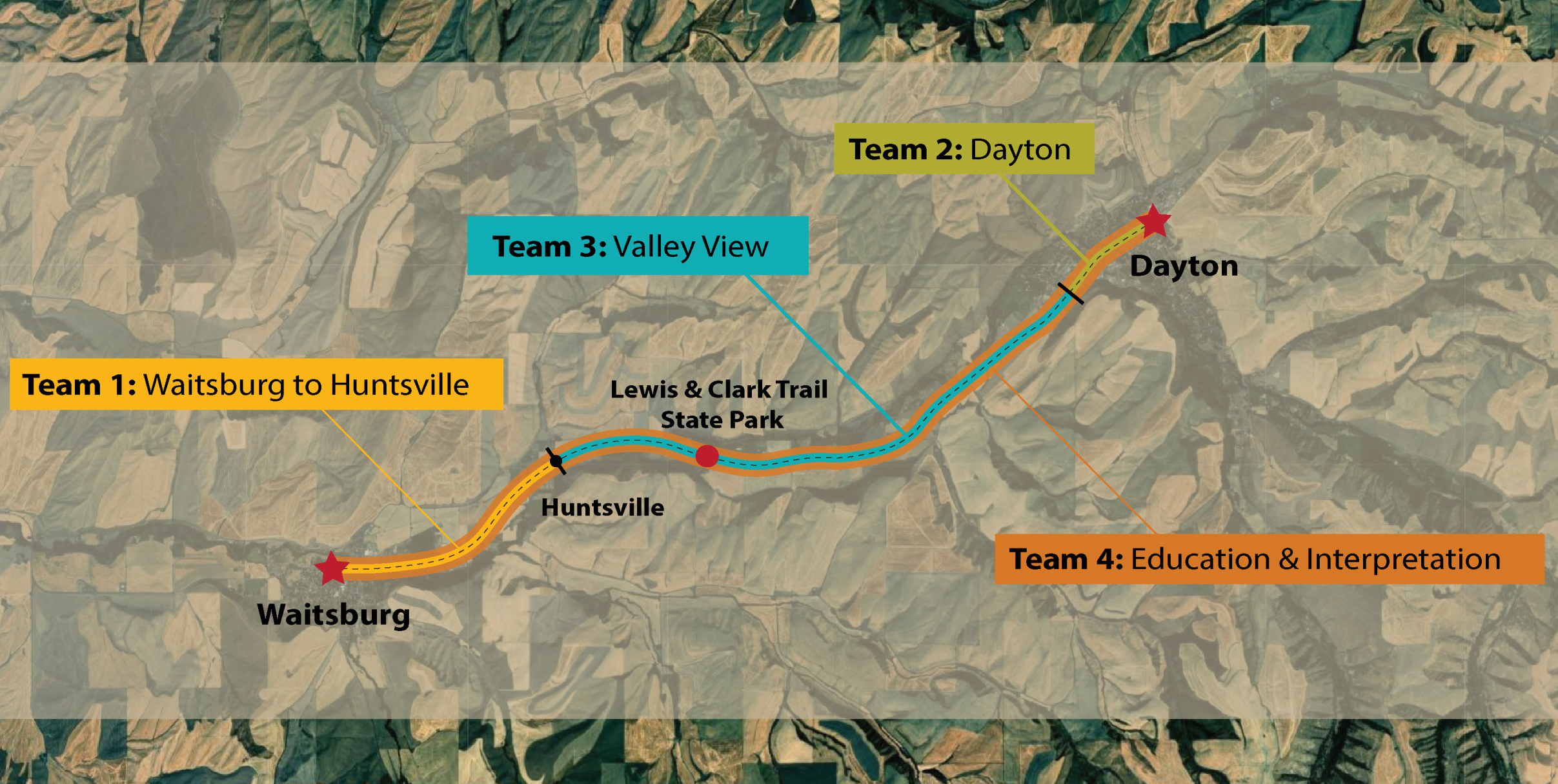 The Touchet Valley Trail Concept Plan was completed in June of 2020 and forwarded to the consultant for use in preliminary design and engineering. More info will be added here in the coming days.

After being repeatedly ranked by community members across the region as one of the top priority projects in the bi-state area, a steering committee comprised of 15 stakeholders was formed to guide the development of this concept plan, led by the Port of Columbia. After working with both the National Park Service and the Washington State Department of Transportation, teams were formed to bring this dream to life on paper as a unified concept plan. Of the four teams, Team One was put in charge of the concept plan between Waitsburg and Huntsville. Team Two began work on the plan from the other end of the trail, starting at Dayton. As for Team Three, they managed the middle of the trail between the towns. Finally, Team Four was put in charge of designing helpful trail embellishments such as educational signposts along the way. Please keep in mind though that all of this work is still only part of the concept plan for the trail, which means it is merely an idea or general notion of what the finished trail might look like. Still, it is certainly exciting to see what the various teams have come up with!

Despite its unassuming nature, the Touchet Valley is filled with history. As part of the concept plan, these historical and educational elements will be brought to light through the trail for the enjoyment of the communities of both Dayton and Waitsburg for years to come, as shown below. Those with a red asterisk currently present the best opportunities for highlighting such rich history, interpretive themes, and the provision of trail facilities. 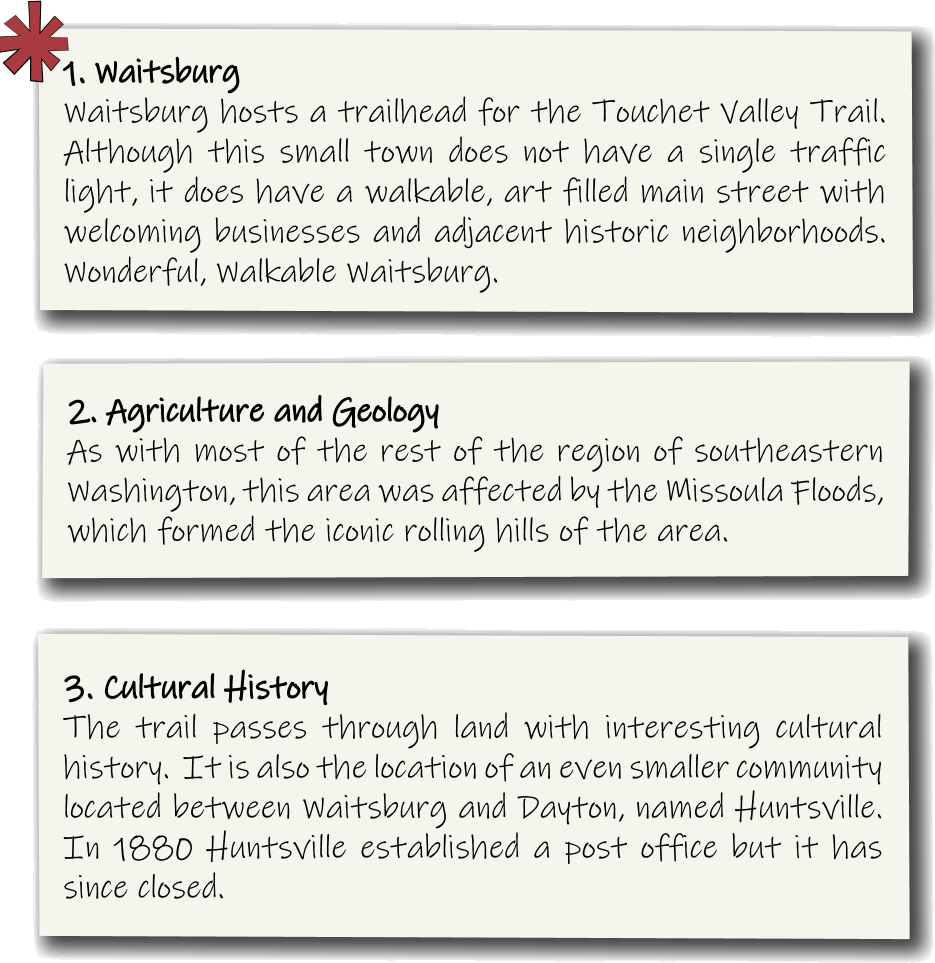 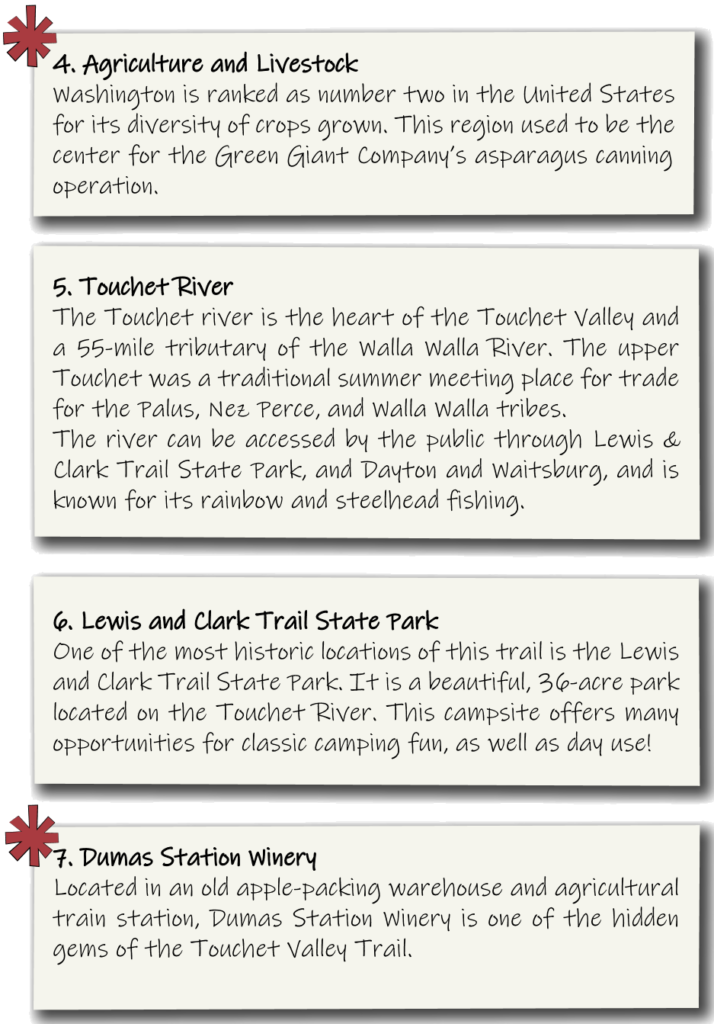 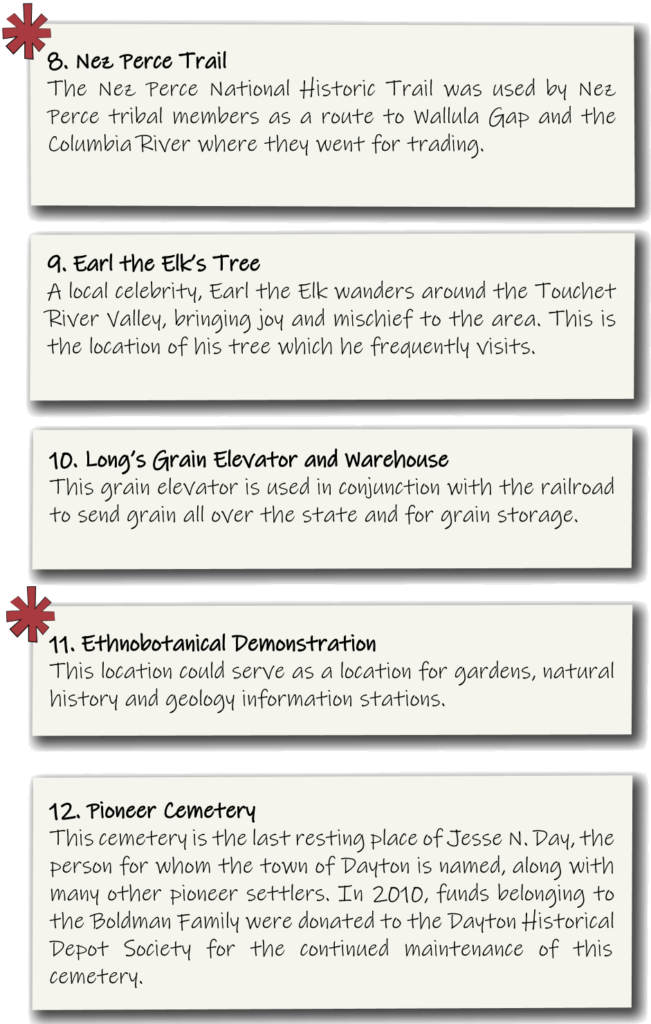 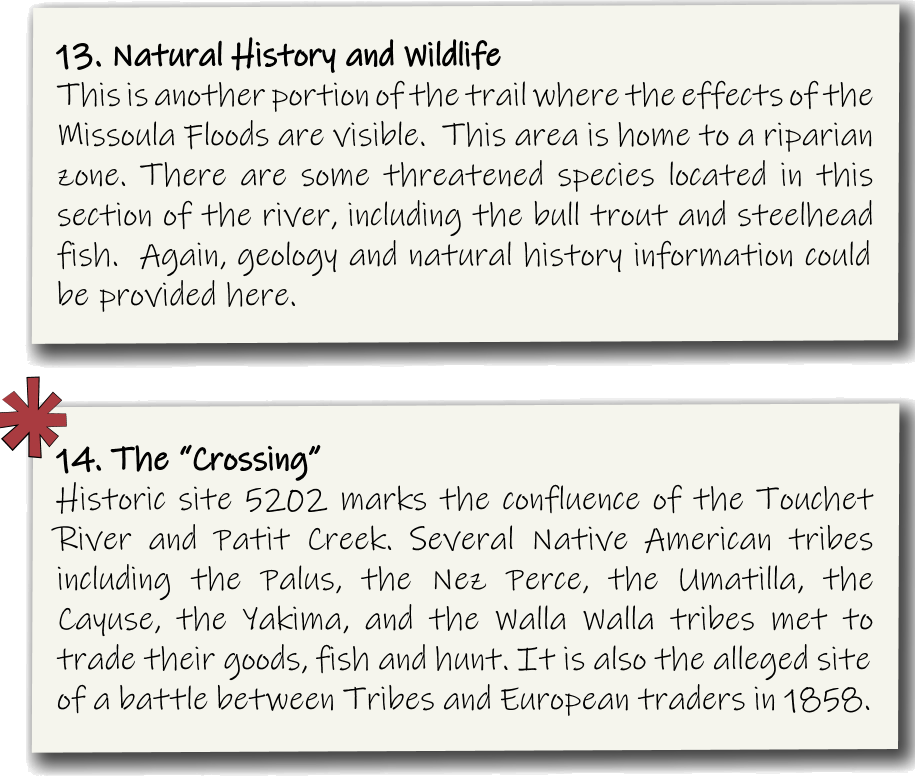