According to Port Executive Director Jennie Dickinson, Washington State RCW 42.12.070 states that the remaining commissioners of the Port District have 90 days to fill the vacant position with a qualified candidate.

A qualified candidate must be a registered voter living in the district with the vacancy, which in this case is District 1. (Port Commissioner Districts are the same as County Commissioner Districts.) A map of the commissioner districts is available below, which is
www.portofcolumbia.org. Anyone interested in serving that lives in that district should submit a letter of interest and resume to the Port no later than Friday, July 31. A short list of relevant experiences should be included.

The two other Port Commissioners, Earle Marvin and Sean Milligan, will select a replacement from the pool of applicants for the vacant position. The person selected will serve until the next election in which a Port candidate is on the ballot, which will be November of 2021. The person elected then would serve the remainder of Aschenbrenner’s term, which ends December 2025. This is a non-partisan position.

The Port of Columbia owns the Rock Hill Industrial Park, home to 9 buildings and 18 business tenants at the west end of Dayton; owns Blue Mountain Station, home to two buildings with 8 business tenants, a commercial kitchen, a commercial garden, a farmhouse, and 20 additional acres available for development; leases Lyons Ferry Marina from the Corps of Engineers and subleases the facility to a private concessionaire; and owns 39 miles of the CWW Railroad in Columbia and Walla Walla Counties. The Port also contracts with the State of Washington to provide economic development coordination in Columbia County.

Letters of interest and resumes should be directed by July 31 to Jennie Dickinson, Port of Columbia, 1 Port Way, Dayton, WA, 99328, or to [email protected] Visit www.portofcolumbia.org for more information on the Port and its properties, or call the Port at 382-2577 to schedule an appointment with the executive director to learn more about Port activities. 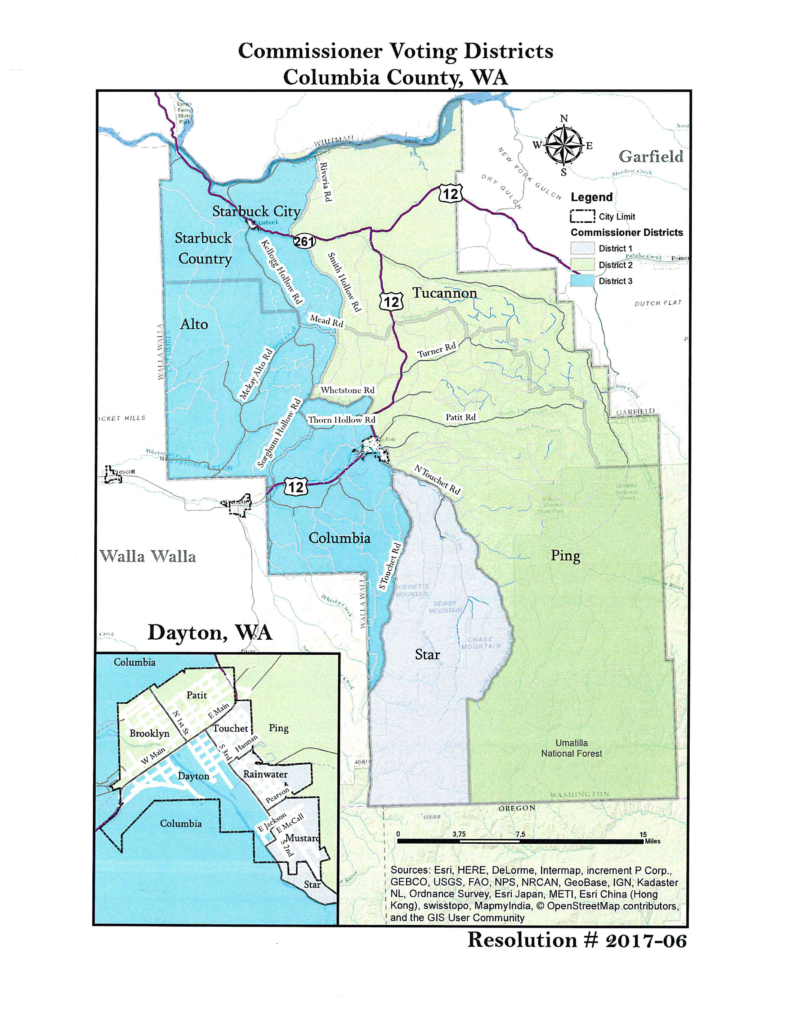 Throughout not only Columbia County, but also the entire state of Washington, a new mandate has been issued by Governor Inslee requiring one to wear a mask in order to be serviced in a business. This comes into effect today, the 7th of July in 2020, and will continue for an unknown amount of time. So next time one plans to enter a business, they should be sure to not only be wearing a shirt and shoes, but also a mask – and please, socks are nice as well.

The WWSBEG (Working Washington Small Business Emergency Grant) is currently being disbursed to businesses, bringing them in total $151,138 worth of aid. These funds should hopefully help keep the businesses afloat and running. But that is not to say that the businesses would no longer appreciate the residents of our town to shop local! If we come together as a community and a state to support our local businesses, their chances of success rise through even a trying time such as this. As such, this grant money dispersal is but one of the many steps we as a community are ready to take part in for those in our area. 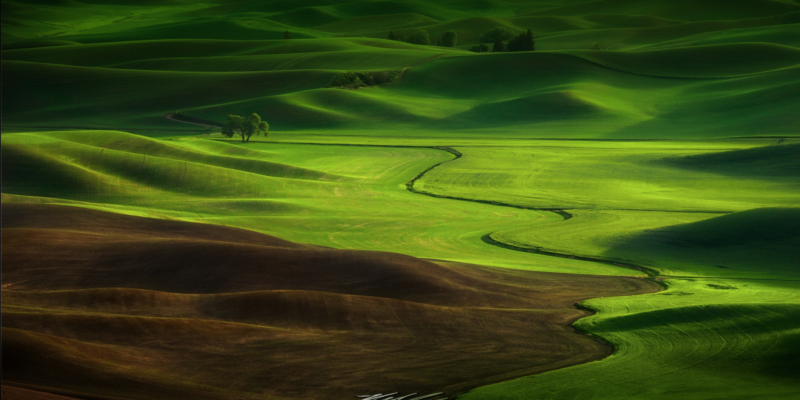 A trail connecting the rural communities of Dayton and Waitsburg has long been a dream. The Port of Columbia has been working diligently to make that dream a reality since it was first identified as a priority at Columbia County’s 2015 Comprehensive Economic Development Strategy meeting. The 9.7 mile trail is included in the Blue Mountain Region Trails plan. A concept plan has been developed for the trail, and design and engineering started in January 2020, as mentioned more in depth below. Construction on the trail likely won’t begin until 2023 at the earliest, dependent on construction funds, maintenance plans, and engineering considerations.

After 7 weeks of waiting, the Department of Commerce finally announced the recipients of the Working Washington Small Business Emergency Grant program for Columbia County. Columbia County had 31 businesses apply, and 25 were awarded funds by the Governor’s office and the Department of Commerce. State lottery proceeds from the Governor’s Strategic Reserve Fund were used for the program. No Port of Columbia funds were used, and the Port declined using any of the funds for administration so that all monies would be available to businesses. We are working on the creation of a second, local grant fund in order to provide more assistance to those businesses still hurting from the COVID shutdown.

This Business Resources document provides information for businesses trying to sort their way through the Coronavirus crisis.  New information includes guidance on forgivable expenses for your PPP loan as well as an Excel spreadsheet you can use to track PPP expenses. List updated 5-4-2020.

While local business owners are ready to get open again, social distancing and other rules created during the COVID19 pandemic need to be following in order for those businesses to stay open.  Recreating in Columbia County is popular, and for decades we have welcomed people from across the state into our community. Times are different this spring, and our recreation business owners are asking visitors to respect the guidelines set forth so their ability to stay open is not jeopardized. More info here.

The Port of Columbia and the Dayton Chamber of Commerce have worked together on many economic development projects and programs over the years, but nothing quite like the challenges facing business owners today.  Read Waitsburg Times article here.

Downtown Dayton’s beloved Weinhard Hotel has new owners, and the community is thrilled to welcome them.  Read the Union Bulletin article here.

In a Zoom call April 30th, the Port of Columbia led a discussion with Columbia County PUblic Health on what reopening could look like and what supplied will be needed to help make it happen.  Read the Union Bulletin news article here.